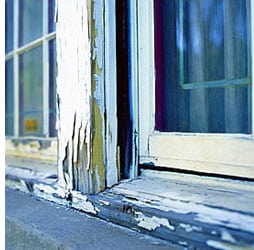 As lead paint regulations become harsher, more lawsuits against property owners, landlords, and even paint companies are emerging. Just recently, a 17-year old boy from Baltimore, Maryland was awarded 2 million dollars in a civil case against The Dackman Company. The boy lived with his mother and grandmother from the time he was born until he was 5 years old, where he was exposed to lead paint. The teenager suffered permanent damages that included a 4-5 point loss in IQ, cognitive impairments, attention deficits, learning disabilities and behavioral issues.  While a 5 point difference in IQ may not seem major, it can be devastating for someone that is already at the lower end of the spectrum. On an IQ distribution chart, a normally functioning member of society can drop to mentally impaired when just a few IQ points are removed. The teenager has recently been taking remedial classes in his high school and even attending Saturday classes to try and graduate. With a GPA below 1.0, however, it is discouraging for both him and his family.

Elliot Dackman of The Dackman Company was found negligent in failing to maintain the home in accordance to Maryland state law. When the boy was tested in 1997, before he even reached his first birthday, he was found to have a Blood Lead Level (BLL) of 12 micrograms per deciliter. Eventually, his Blood Lead Level rose to 14 micrograms per deciliter, an unacceptable BLL, even in 1997. Blood Lead Level limits have become increasingly stricter over the past few decades, and in 2012, The Center for Disease Control stated that there is no safe level of lead in a child’s blood. This shows that a level of 14 micrograms per deciliter was significantly high, especially for an infant. The boy’s mother testified that the home contained chipping paint for the duration of the time they lived there, and after the lead inspection, it was shown there were nine surfaces in the home that contained lead based paint. The Dackman Company would not repaint the home, or help them get rid of the chipping paint for the five years they resided there.

While this $2 million settlement can’t help the teenage boy graduate college, or gain a higher IQ, it still gives the family justice and a sense of closure. The medical bills alone for this kind of damage are astronomical. Negligent landlords should be held accountable for situations that could have been easily prevented by being proactive and attentive. Lawsuits such as this one help get the point across to landlords and property owners that taking the “cheap” way out can ultimately cost you a lot more than money.

"From the time I called Northeast Remediation for the estimate until the time they finished the job they were professional, punctual, and expert in their work. The bid they gave me was the best I received. They worked quickly and efficiently." - Watertown, MA

We serve the Middlesex County markets and more. Call today and let's talk about how we can help.
Page load link
Call Now Button
Go to Top