Lead paint exposure is an ongoing issue that has existed for decades. Houses were built using lead paint on both the interior and exterior of homes until 1978, when lead paint was deemed too dangerous for use. Up until that time, no one considered what irreversible effects the ingestion and inhalation of lead paint and lead paint dust would have. Although lead paint usage was put to a halt over 30 years ago, there are still millions of homes that contain lead paint and have not had any lead paint remediation. High lead blood levels are now being regulated, but there are still people seeking compensation for the negligent actions made years ago. Just recently, two sisters from Baltimore, MD, Tynae and Tajah Jeffers, sued the former president of a Greater Baltimore landlords group, Stewart Levitas. The girls’ mother had rented a home from this group, where Tynae and Tajah spent the first years of their lives. Tynae’s first lead blood test was unlike many others, which occurred when she was still in utero. Back in the 1990’s, a blood lead level of 10 μg/dL or higher was considered a level of concern. At their highest blood lead level, Tynae reached a level of 22 μg/dL, and Tajah a level of 20 μg/dL 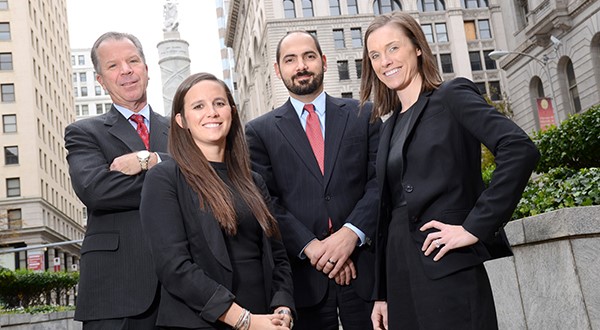 The pictures presented in court from the lead-ridden rental home were self-explanatory. Paint chips were flaking from the window sills above the sink where the mother would place her drinking glasses. The women lived in the home from 1994 to 1998. Tynae was there from the time she was born until the age of 2, and Tajah resided there from ages 2 to 6. Lead dust was clearly the culprit when Tynae’s lead blood level was found to already be at 4 μg/dL when she was merely 6 months old. Lead dust can be impossible to detect due to the fact that it is odorless, tasteless, and often invisible. Both Tynae and Tajah were permanently effected by the elevated lead levels in their blood after being exposed for such a lengthy amount of time. Tynae had extreme developmental delays, graduating high school with her performance only at a sixth-grade learning level. Tajah graduated high school and went onto college to obtain a culinary degree, but was academically suspended for 4 out of the 6 semesters she attended. Tajah had trouble with remedial English and math, and eventually left college.

Stewart Levitas admitted to knowing about the existence of lead paint in the house prior to purchasing and leasing it. Even after completing a lead-poisoning seminar and knowing the dangers lead exposure could cause,  he failed to disclose that the home contained any lead paint. Due to his confessions of negligence, the case was a done deal. Both Tynae and Tajah Jeffers won the lawsuit, receiving over $5 million dollars in compensation. Although this money will help the sisters live  fuller lives, it will never be able to repair the damage done to them as children.

Landlords have a large responsibility to their tenants and need to be extremely careful. Whether landlords have knowledge of lead paint in their buildings or not, they are still liable for informing their tenants of any existing dangers. Tynae and Tajah both experienced irreversible impairments that they will have to live with for the rest of their lives.

"From the beginning it was apparent that Northeast Remediation was on a different level than the other firms I had contacted. They were responsive, reliable, detail oriented, and most importantly, professional." - Burlington, MA

We serve the Greater Boston markets and more. Call today and let's talk about how we can help.
Page load link
Call Now Button
Go to Top